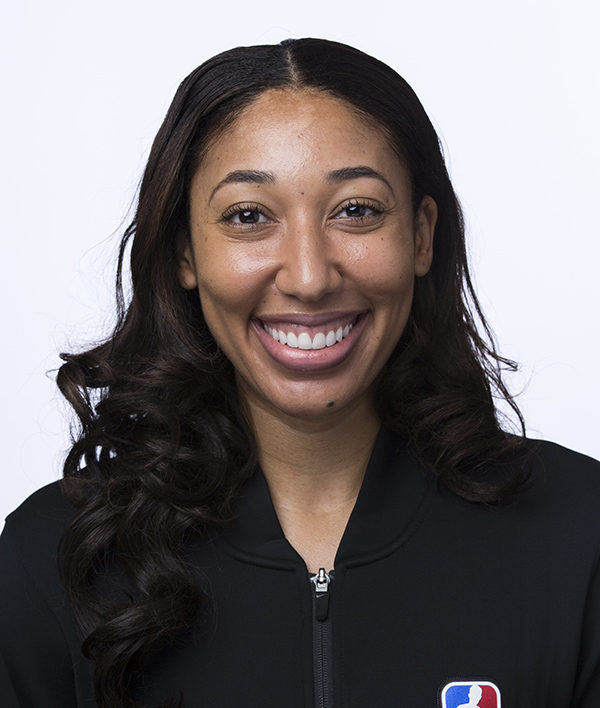 Jelks officiated three seasons in the NBA G League. She also has three years of collegiate officiating experience, with stints in the Mid-American Conference and Horizon League.

An Ohio native, Jelks played college basketball at the University of Southern California, where she was named to the 2007-08 Pac-12 All-Defensive Team. After college, she played professionally in Puerto Rico and Croatia.

Jelks is the career leader in points, steals, rebounds and free throws made for Charles F. Brush High School in Lyndhurst, Ohio. She was named to the school’s Athletic Hall of Fame in 2015.