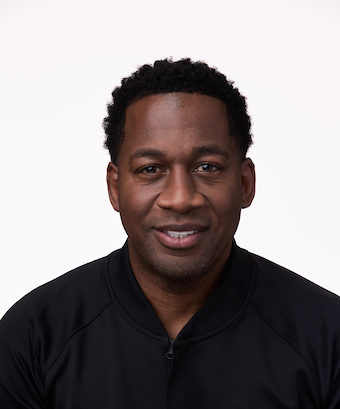 Mitchell Ervin has officiated 365 regular-season games and four playoff games in seven seasons as an NBA staff official. He made his debut as a playoff official in the 2021-22 season.

Ervin considers his most memorable NBA assignment to be his first game as a full-time NBA official, when the Golden State Warriors’ Stephen Curry scored 53 points against the New Orleans Pelicans on Oct. 31, 2015. He also worked the 2019 Rising Stars at NBA All-Star in Charlotte.

Before joining the NBA, Ervin officiated in the NBA G League for four years, working the playoffs and Finals in 2014 and 2015. He refereed the 2014 NBA G League All-Star Game in his hometown of New Orleans.

His résumé includes eight years of collegiate officiating experience, with stints in the Big 12, Conference USA and other conferences. He refereed six years at the high school level in New Orleans and Houston.

Ervin previously worked for the sports representation firm SportsWest Football, the New Orleans Saints, the New Orleans Sports Foundation and as a middle school physical education teacher and coach. He started an organization, The Ervin Element, to help mentor adolescents and young adults.

Ervin graduated with a dual bachelor’s degree in Sport Management and Exercise Physiology from the University of New Orleans, where he was a walk-on member of the 1997-98 basketball team and a member of the Kappa Alpha Psi Fraternity. As a high schooler at Eleanor McMain in New Orleans (which fellow NBA official Bennie Adams also attended), Ervin was an All-District point guard who led his team to the 1997 state quarterfinals and earned All-State Academic Honorable Mention honors.