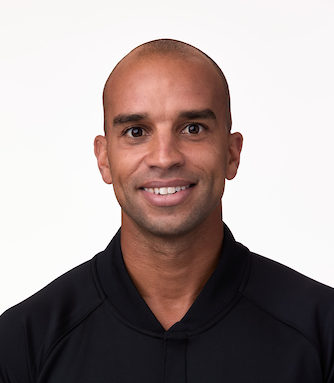 Myers spent 12 years as a collegiate official, with stints in the Big South, Mid-Eastern Athletic and Southern conferences, among others. He also has five years of high school officiating experience in Virginia.

The Missouri native earned a bachelor’s degree in Electrical Engineering and was a member of the golf team at Hampton University. He played golf and soccer at Jefferson City High School in Missouri.

His interests include photography and traveling.