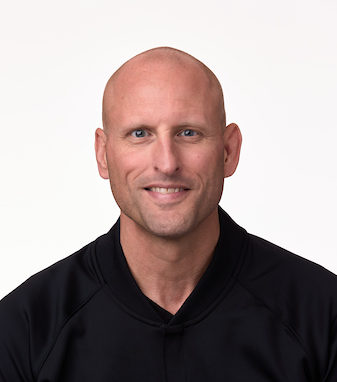 Eric Dalen (DAY-len) has officiated 712 regular-season games and one playoff game in 14 seasons as an NBA staff official. He also refereed the 2012 Rising Stars during NBA All-Star in Orlando.

Dalen made his NBA playoff debut in the 2021-22 season when he officiated Game 1 of a first-round series between the Atlanta Hawks and the Miami Heat.

He considers his most memorable NBA assignment to be his first game as a full-time staff official: Los Angeles Lakers at Denver Nuggets on Nov. 1, 2008.

Dalen officiated five seasons in the NBA G League, where he worked both the All-Star Game and Finals in 2008. He also refereed three years at the collegiate level in the SEC.

Dalen was a two-year football letter-winner at the University of Minnesota, where he played tight end. He is married and has four children.