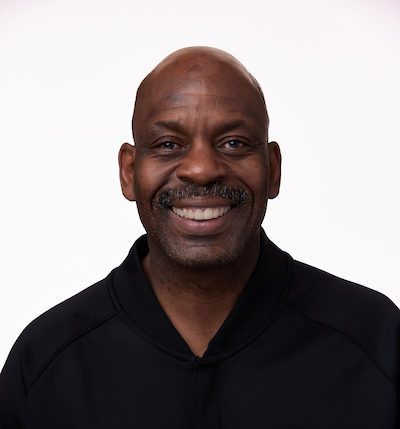 Derek Richardson has officiated 1,362 regular-season games and one playoff game in 25 seasons as an NBA staff official. He also refereed the 2010 NBA All-Star Game in Dallas.

Before joining the NBA, Richardson spent eight years officiating in the Continental Basketball Association. He also worked for 10 years as a Group Supervisor II for the Los Angeles County Department of Children and Family Services.

Richardson is the Executive Director of the Why Can’t We Make A Difference Foundation (WCWMAD). WCWMAD’s mission is to increase elementary school students’ academic and emotional interest in school through academic and social enrichment programs in the underserved school communities of Los Angeles.

Known as “Coach” to the youth he mentors and “D-Rich” to his peers, Richardson played basketball at Los Angeles Southwest College and earned an associate’s degree in Criminal Justice. He went on to earn a degree in Administration of Justice from Cal State Dominguez Hills.