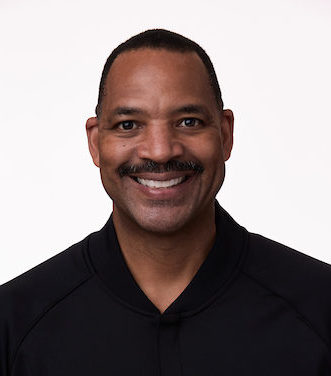 Bennie Adams has officiated 1,374 regular-season games and 20 playoff games in 27 seasons as an NBA staff official. Adams officiated the 2015 NBA Mexico City Game, the 2011 NBA All-Star Game in Los Angeles and the 2008 NBA Europe Live Tour. He was also a USA Basketball official from 1995-2005.

He considers his memorable assignment to be a regular-season game between the Houston Rockets and the Los Angeles Lakers on April 10, 2018. In that game, 32-year-old Lakers rookie Andre Ingram scored 19 points in his NBA debut after spending a decade in the NBA G League.

The New Orleans native has both a bachelor’s and master’s degree in Mathematics from Southern University. He is a former math instructor at Southern.