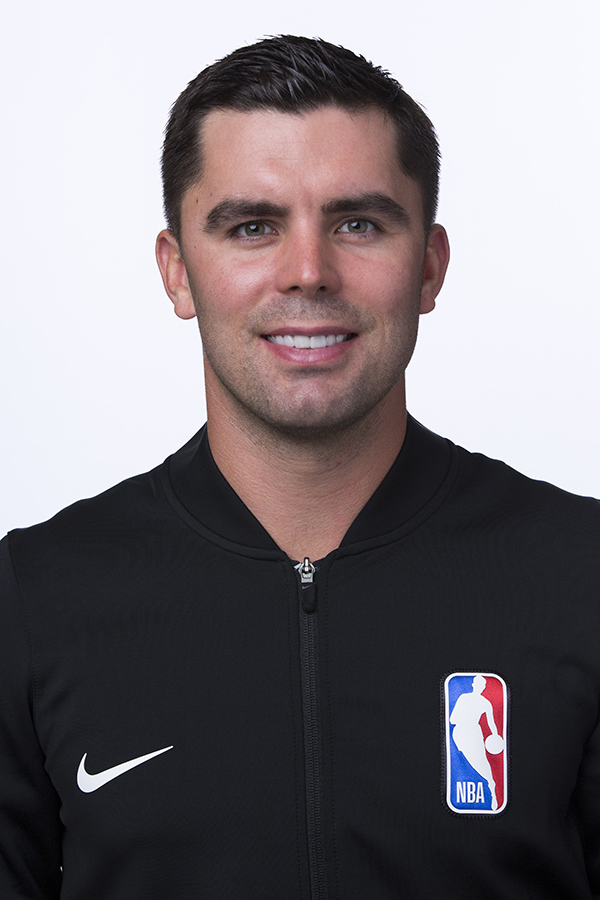 Andy Nagy is in his first season as a full-time NBA offi- cial. He refereed 13 regular-season games as a non-staff official during the 2019-20 NBA season.

The Ohio native has nine years of collegiate officiating experience, refereeing Division I men’s and women’s games in the Atlantic 10, Atlantic Sun, Horizon League and Mid-American Conference, among others.

Nagy unofficially began his officiating career at 14, when his father allowed him to referee a Youth CYO Christmas Tournament game. He began officiating high school games at 16 and later worked games in the Ohio Regional Campus Conference.