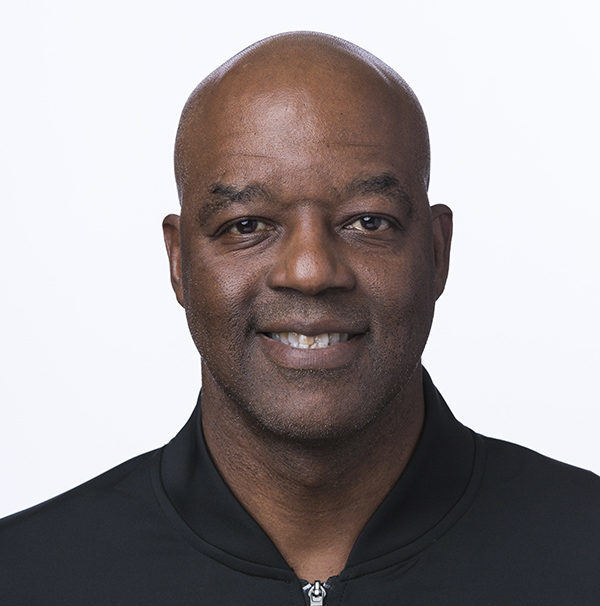 Haywoode Workman has officiated 590 regular-season games over 11 seasons as an NBA official.

His most memorable NBA assignment was Kobe Bryant’s last game, when the Los Angeles Lakers played host to the Utah Jazz on April 13, 2016.

Workman spent four seasons officiating in the NBA G League and also refereed in the CBA. A second-round pick in the 1989 NBA Draft, Workman played eight seasons in the NBA with the Atlanta Hawks, Washington Bullets (now Wizards), Indiana Pacers, Milwaukee Bucks and Toronto Raptors. He also played professionally overseas and in the CBA.

Workman joins Bernie Fryer and Leon Wood on the short list of NBA players who have made the transition to officiating.

Workman was an All-State high school quarterback in North Carolina. He played one year of football and basketball at Winston-Salem State University (the latter for the legendary Clarence “Big House” Gaines) before transferring to Oral Roberts University. Workman was inducted into the Oral Roberts Athletics Hall of Fame in 2003.